Three great examples of IT Strategy (and one surprising one)

One of the best things about modern technology is that it's malleable. The IT infrastructure at the heart of your organisation can essentially be anything you need it to be. However, this also represents one of the biggest challenges that comes with any digital transformation effort — there's truly no one-size-fits-all approach to what you're doing and the idea that there is one right way to approach these efforts is a myth.

Embarking on a digital transformation without an IT strategy is a bit like setting out for a road trip without a map — you may have a vague idea of where you want to end up, but the chances of you actually getting there in one piece are slim to none.

What is an IT Strategy? 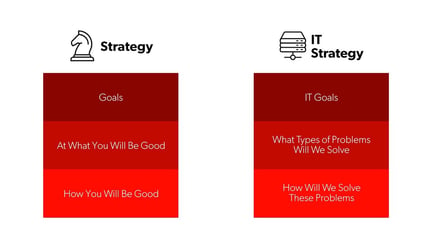 This is, in large part, why an IT strategy roadmap is critical to your organisation's success. It's a term used to describe a very particular type of governing document that dictates in no uncertain terms how your technology will support your business strategy, and drive your business priorities, over the next few years. It includes not only a strategy statement but also key elements like:

Although there is no one right way to do any of this, there are certainly a better paths to take. With that in mind, consider the following four examples of great IT strategies from organisations of all shapes and sizes. Note that these are not things that you should try to replicate literally in your own organisation, but they do provide valuable insight into the types of elements that your own IT strategy roadmap must contain.

1. The University of Oregon: A Digital Transformation in the Education Space

The focus of UO's own strategy quickly became an effort to “improve academic and research excellence”, which is noble but also required officials to totally rethink how IT services are provided across such a major educational institution in the first place.

The university's unique approach to an IT strategy was held up by four core pillars:

In the end, The University of Oregon was left with a strategic planning process that allowed itself to be continually updated as new challenges develop, which is something that all organisations, regardless of industry, should focus on.

Another example of a terrific modern day IT strategy comes by way of UES, a company that found it increasingly difficult to manage their own in-house hardware and systems as the infrastructure around them continued to grow and evolve.

Recently, key decision makers at UES recognised that the time was right to move their own servers, many of which dated back to 2004 and ran Windows 2003 to a data center. The outdated technology they were working with, however, made this move less than successful.

UES quickly decided to partner with Lanrex, who helped them migrate the entirety of their IT infrastructure to the cloud utilising not only Amazon Web Services, but also Microsoft Office 365. In the end, they were left with a solution that was 100% hosted in the cloud using Citrix XenApp technology and AWS. They were able to enjoy a number of core benefits on top of the ones they were after in the first place, including:

Last but not least, we have another educational organisation, Harvard University. Not only is their IT strategy the perfect example to follow for businesses of all types because it was an important part of their efforts from the very beginning, but it also includes broad representation across all areas of the university.

Harvard's IT strategy was successful because it not only took a "big picture" approach by truly bringing anyone and everyone into the fold and giving them an important seat at the table, but it also had sections for elements like the following:

In the end, what Harvard was left with was the perfect way to both meet the demands of today and better prepare themselves for the challenges of tomorrow too, which is ultimately what any IT strategy should be able to do.


The Surprise: Beyond Bank Australia: A tech revolution for a company evolution

Since originally establishing itself as a modest credit union in July of 2013, Beyond Bank (then known as Community CPS Australia) got to a point where they knew they needed to do something different. In an ongoing effort to continue to improve the customer experience whenever possible, the organisation recently made history by being the first bank anywhere in Australia today to implement the next generation of business intelligence tools namely Dynamics 365, with its own partner, UXC Eclipse.

Robert Aitken, Beyond Bank's CIO, indicated that they needed to go above and beyond the normal. To do this, they introduced a unique group of tightly coupled business applications like Dynamics 365 to accomplish a few important goals, essentially all at the same time. The main objectives of this were:

Any one of these goals would be a challenge, to say nothing of how difficult it was to tackle all of them in tandem. But with the solid foundation of Dynamics 365 upon which to build on, Beyond Bank was able to continue their digital transformation into a value-tuned business that focused equal parts on the needs of their customers and delivering an unforgettable customer experience.

Below is a screenshot of the dashboard used by Beyond bank: 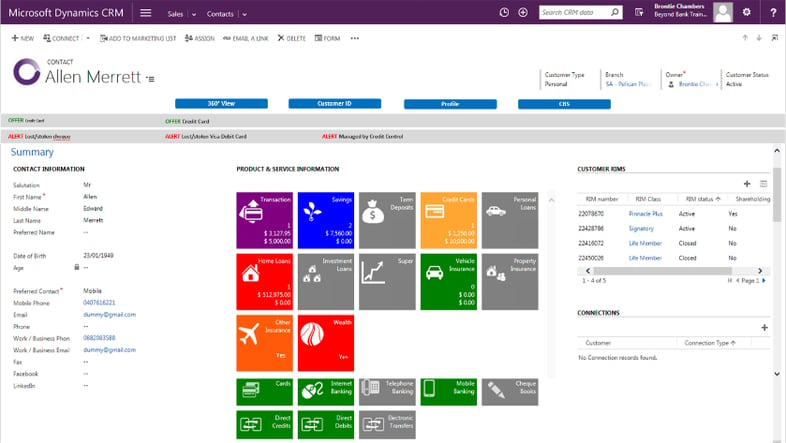 Staff members use Dynamics 365 to obtain real-time data from core banking processes and applications and now have a total 360-degree view of every customer under their care. 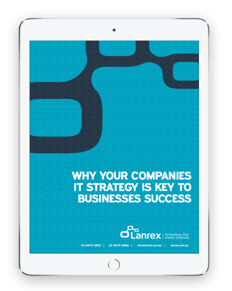 Want to know more about IT Strategy?

Lanrex: Your Partner in Digital Transformation

As these and other examples show, IT may be powerful, but at the end of the day, technology is just a platform. The platform itself is less important than what that platform allows you to do. Without the right IT strategy at your side, you'll never be able to break free from the myth of the one-size-fits-all approach to technology to develop something that truly meets the needs of your organisation on a cellular level, as well as acts as the engine to drive your entire business forward into the next decade and beyond.

If you'd like to find out more examples of the core elements of a great IT strategy, or if you have any additional questions that you'd like to see answered, contact Lanrex today.