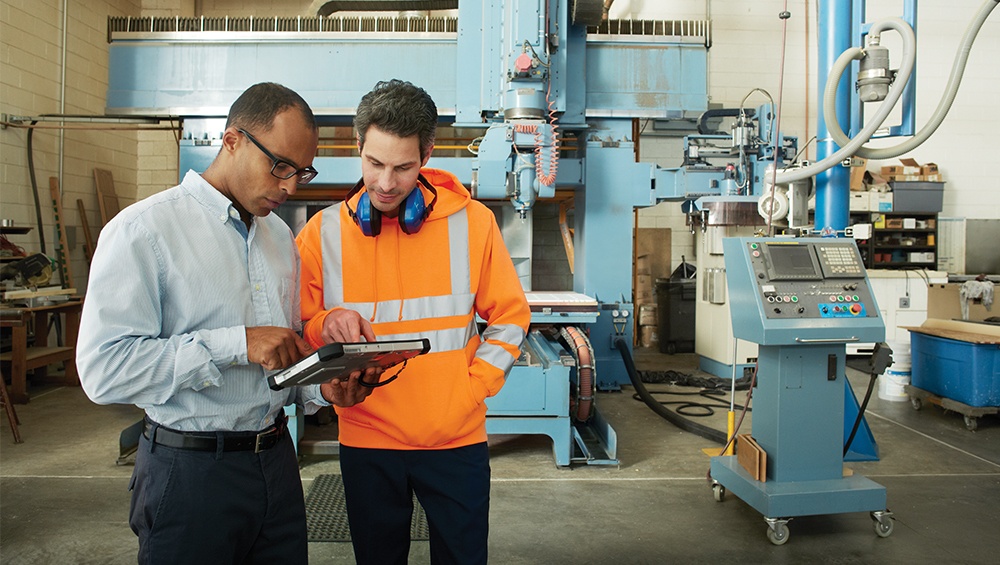 When faced with a technology scare, see how these Aussie engineers turned their tech troubles into a competitive advantage

UES International have been providing specialised industrial solutions since 1904. When they started to expand their business, they began to experience early symptoms of technology trouble: Slowing servers, upgrades causing more harm than good, unreliable backups and low team productivity. When Lanrex was approached to help, they realised UES needed a solution that aligned with their growth strategies and fixed their tech woes. This article outlines how Lanrex achieved this and UES escaped the Firefighter stage.

UES were running their own server room and managing the existing IT infrastructure for several years until they started to experience growing pains. Their expansion and growth led to them outgrowing their hardware and systems.

A decision was made to move the servers to a data centre but with outdated technology, such as servers dating back to 2004 and running Windows 2003, the move was unsuccessful. In-house the IT network was not up-to-date and several core service applications had not been upgraded. Some upgrades could not be done as they relied on a current version of SQL which was not compatible with the UES environment, this particularly impacted their Enterprise Resource Planning (ERP) system.

As a result, backups were unreliable, branches had to wait for systems to respond and data was actually lost. This had a negative effect on staff morale, as people just accepted the problems and inevitably, productivity was low.

UES decided to go to the market seeking proposals for a solution to meet their needs.

The main challenge was to change the IT environment and convince staff the restructure was going to be a good thing. Previous IT environment failures had led to staff frustrated with their technology, making collaboration slow and laborious and ultimately reducing productivity.

For the change to be successful, response times had to be vastly improved, data integrity had to be assured and the benefits had to be tangible and visible to staff.

New systems had to be implemented which meant structural changes and more importantly, greater staff confidence in their technology.

A complete overhaul was required. All of the IT infrastructure including servers, operating system and applications had to be replaced.

Prior to submitting a proposal, Lanrex did a thorough investigation of the existing IT environment and spoke with key staff to understand their issues and concerns in order to determine what their immediate and long-term requirements.

The proposal submitted was to migrate all IT infrastructure to the cloud utilising Amazon Web Services (AWS) and Microsoft® Office 365, together with an appropriate platform for the UES ERP system.

A completely new environment was built and only key data, such as email and documents, were migrated.

The Citrix environment enables all UES applications to be centralised and provides secure remote access on any device, anywhere. UES staff use Citrix Receiver on any supported device (thin clients, desktops, Macs, iPad, Android) to connect to the UES Citrix environment. Citrix NetScaler® authenticates users and provides the Citrix Storefront™ where users can add their relevant applications, such as Office 365 apps or connect to a published desktop if they prefer.

This also means thin clients (See: What is a thin client) are mostly used by staff, in place of desktop computers or laptops, further reducing the need for IT expertise in-house.

A fresh start. The completely new environment and absence of in-house IT infrastructure meant a clean slate, leaving troublesome issues in the past.

Peter Mundy, the Operations Manager at UES said, “I am now only doing housekeeping, not constantly firefighting.” When he is not hearing anything about computers, it is a good thing, he knows it is all working.

While change in any organisation can be difficult, when the results are positive, the change is easier and more accepted. A number of results have been experienced since the deployment to the cloud—

UES are planning for the future with Lanrex. An intranet is planned to enable efficient discovery and retrieval of company information, regardless of location. Microsoft Sharepoint® will be used to organise, share and manage their content. Discussions have already taken place and later in 2016 ideas for the future will be consolidated.

From the outset, Peter Mundy remarked UES have had a positive experience working with Lanrex. While Lanrex was professional at all times, they were down to earth, did not speak in technical terms and yet explained technical issues clearly.

Reports are received by UES regularly and meetings between UES and Lanrex occur monthly to discuss operations and Lanrex contacts UES branches weekly to ensure there aren’t any unreported issues.

Peter added “Lanrex are not too big to care. Size really doesn’t matter and he knows he always has access to Jodie Korber, the Managing Director.” He is positive this is a relationship which will continue long into the future.

An engineering company which was established in 1904, UES International has achieved steady growth, expanding from Australia to overseas markets, leading globally with its design, manufacturing and supply divisions.

Offices are located in all Australian States and Territories and in New Zealand with over 100 employees.

Agribusiness insurer on the trail for a reliable IT provider